Around this time of year, every year, I am filled with mixed emotions. If the famous comedy and tragedy masks got together and had 20 little children masks, that family of emotions would properly represent how I feel during March Madness.

With that being said, I still try to take every tournament with a grain of salt and enjoy it for what it is-the most exciting tournament in all of sports. (Yup, that’s how I feel about it soccer and cricket fans)

The one thing that amazes me every year is the fact that some schools can have continuous success year after year. Even if you’re not making it to the Final Four every so often, simply getting into the tournament and getting a win or two is an accomplishment in itself! It’s not easy to see the plural side of WIN in the NCAA tournament. Nevertheless, for some schools and their coaches, they make it look easy.

There are specifically three coaches who’ve seen the most success in the NCAA tournament over the years, reaching the Final Four numerous times. In order to achieve this level of success in any sport, a team must have an exceptional leader with the kind of leadership skills that are applicable both on and off the court.

The same leadership skills are needed for managing employees, especially the millennials in the office. While they might be the youngest of your employees, they still make up a solid percentage of the workforce and are an impressionable group that can excel under the right leaders. Therefore, it’s crucial to make sure your leadership skills are up to speed so you can always relate to your younger employees and help them thrive in your office.

In honor of March Madness, below are quotes from three coaching legends who have the most Final Four appearances by any Division 1 coach in NCAA men’s basketball history. Keep these words of wisdom in mind when leading your millennial employees…these gentlemen knew and know what they’re talking about!

“A coach is someone who can give correction without causing resentment.”

“If you’re not making mistakes, then you’re not doing anything. I’m positive that a doer makes mistakes.”

“Everybody wants to take responsibility when you win, but when you fail, all these fingers are pointing.”

“A basketball team is like the five fingers on your hand. If you can get them all together, you have a fist. That’s how I want you to play.”

“Leadership is an ever-evolving position.”

“I think you’re not a human being unless you have doubts and fears.”

“Imagination has a great deal to do with winning.”

“What to do with a mistake – recognize it, admit it, learn from it, forget it.”

“A lion never roars after a kill.”

“The most important thing in good leadership is truly caring. The best leaders in any profession care about the people they lead, and the people who are being led know when the caring is genuine and when it’s faked or not there at all.”

“Good people are happy when something good happens to someone else.”

“A leader’s job is to develop committed followers. Bad leaders destroy their followers’ sense of commitment.” 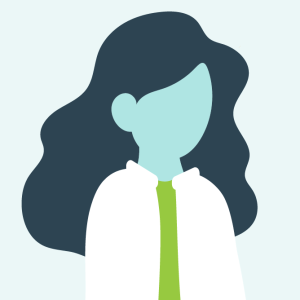 This is a blog post from the Hireology team. Our goal is to share our learnings to help all businesses build their employer brand, put a hiring process in place and find great team members to fill their open roles.

How to Attract Tech-Savvy Talent